At the Start around 05:00h, I am really in a good shape like everyone else – hyper-optimistic and full of zest for action, for my next marathon. Let’s go.

The first kilometres pass by easily, since there is a good portion of pride. Not everyone runs a marathon. The fact that I am in my fifties adds to that pride.

After the first 10 kilometres, my normal training distance, my body does what I want. And, the motivation is up as well.

After the turning point, the half marathon mark – I am still in a good shape since I am “on the way back”. But the legs get hard from time to time so that I have to walk for some kilometres. Good, I am not the only one. I already recognised some years ago, that the kilometres between half-point and 30 are the hardest, since the body is getting tired and the end point is sooo far away. I really, really wish to see the 30.

Then, it is “just 12 more”. Since I normally run alone – it is quite hard to synchronise with another runner for many kilometres – I do not have a motivator next to me. I draw some motivation from pretty lady backs whom I try to follow. This helps. A bit.

In the meantime, I have left the green East Coast and turn back into the treeless plains towards Barrage. This stretch is damn hot, little entertaining and has no real sights. Even the volunteer motivators seem to try to avoid this stretch. Some have been put there. But they are in a worse shape than me. They usually sleep somewhere in the shadow. They cannot take the heat as well. But we have to.

After Mariana Barrage, it is a bit more interesting. Plenty of tourists watch those idiots who run a marathon on the equator. Honestly speaking, it is quite stupid to do this in Singapore. This is what my doctor says when I tell him that I ran another one.

When I feel really bad, when my body is about to give up and after I have considered about 27 times how nice it would be to just take a cab home and sleep for a while, only then the photographers are in position. I never understand the logic. They could have taken a picture of me along the East Coast when I am in a much better shape, when I can still smile and when my hairdo is in place. Only after kilometre 35 most of the pictures are taken. With those pictures it is more likely to deter people from participating next time.

The last kilometres are a torture. My legs hurt, the leg muscles are like rocks, some blisters have grown in my shoes. And, the neck is hard, and even the hands are swollen. Despite that, I run like on wings looking forward to being greeted by my favourite girlfriend with her pretty smile and some ice-cold 100plus. Knowing that in a few kilometres I will sit in the car – getting in and out is another interesting task – rest my legs and eat something small.

The next couple of days I will try to avoid taking the car. I will use escalator or lift instead of stairs and try to keep away from any position between standing and lying down.

Every time, my mum asks me why I do this – whilst scolding me. Simple answer: what should I write here after giving up? 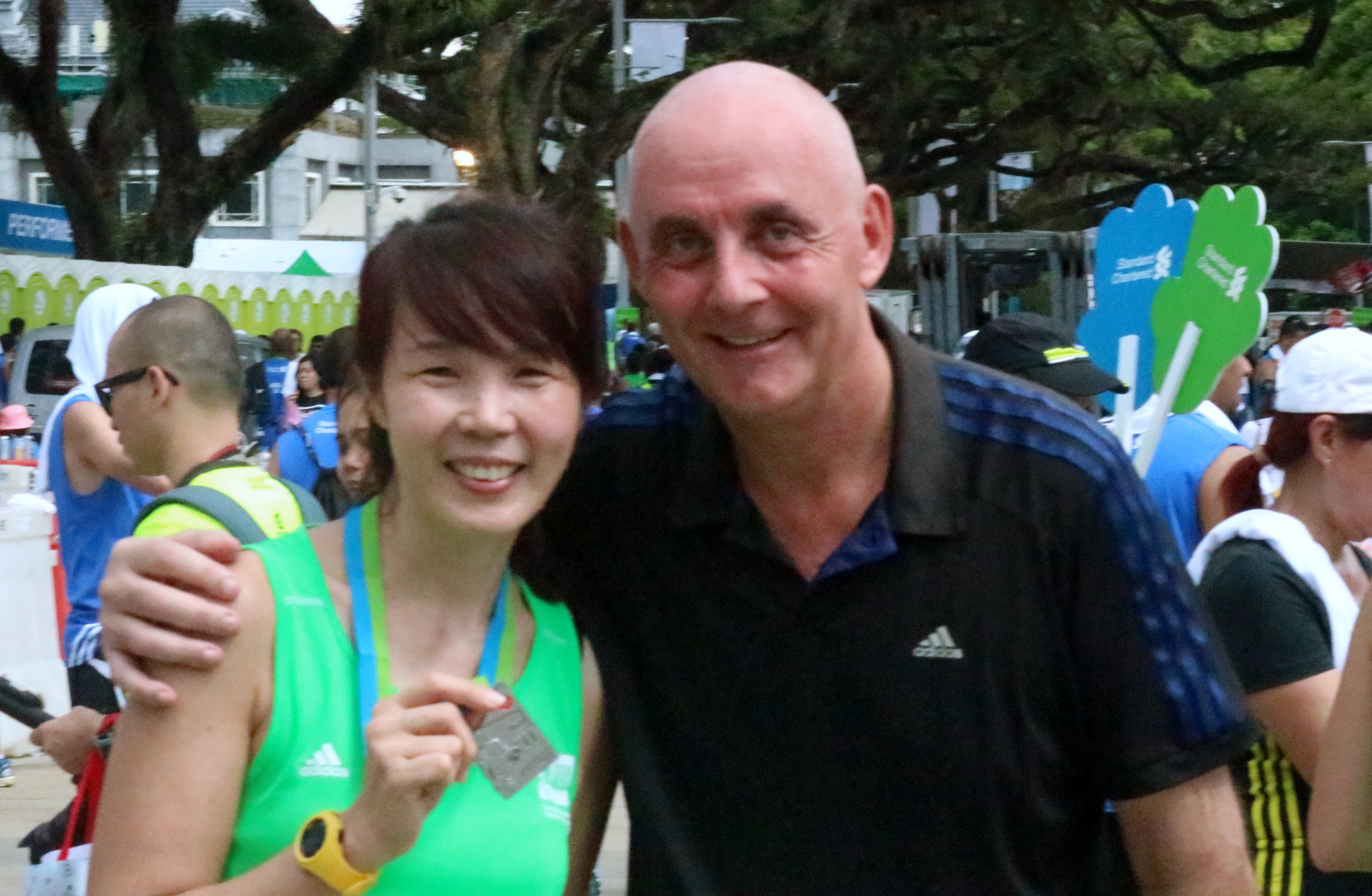 At the Start around 05:00h, I am really in a good shape like everyone else – hyper-optimistic and full of zest for action, for my next marathon. Let’s go.
The first kilometres pass by easily, since there is a good portion of pride. Not everyone runs a marathon. The fact that I am in my fifties adds to that pride.

A while ago I started another attempt to touch up my Chinese. Hence, I had a Beijing-Chinese lady coming to our home as a tutor. I was able to make some progress because she did not speak any English at all. Although, I strongly felt that she did an excellent job, my wife substituted her away. […]

END_OF_DOCUMENT_TOKEN_TO_BE_REPLACED

I think it is quite obvious that Singapore is not part of Germany, but somewhere “down there” as one of my sisters always says. This description locates a small, teeny, tiny island between the gigantic island Sumatra and the Indian Ocean in the West, the Malaysian Peninsula in the North and the Pacific Ocean in […]

END_OF_DOCUMENT_TOKEN_TO_BE_REPLACED 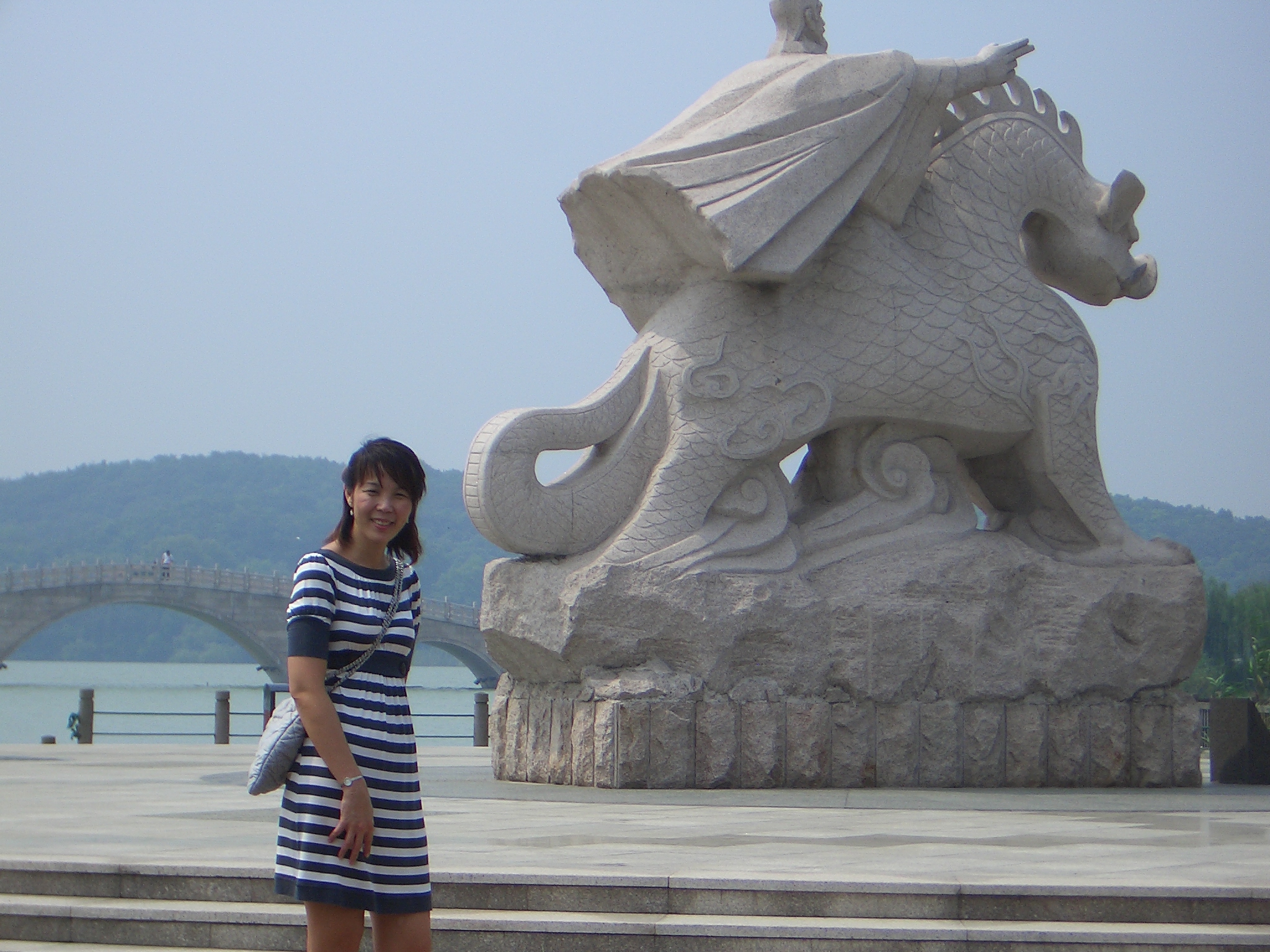 Today, I had the pleasure to sit in the slowest car on the Chinese east coast. I had to take a ride from Wuxi to Shanghai-Pudong airport. After starting from my hotel in Wuxi, I thought that my driver does either not know exactly the way or does not know the car, because he drove […]

END_OF_DOCUMENT_TOKEN_TO_BE_REPLACED 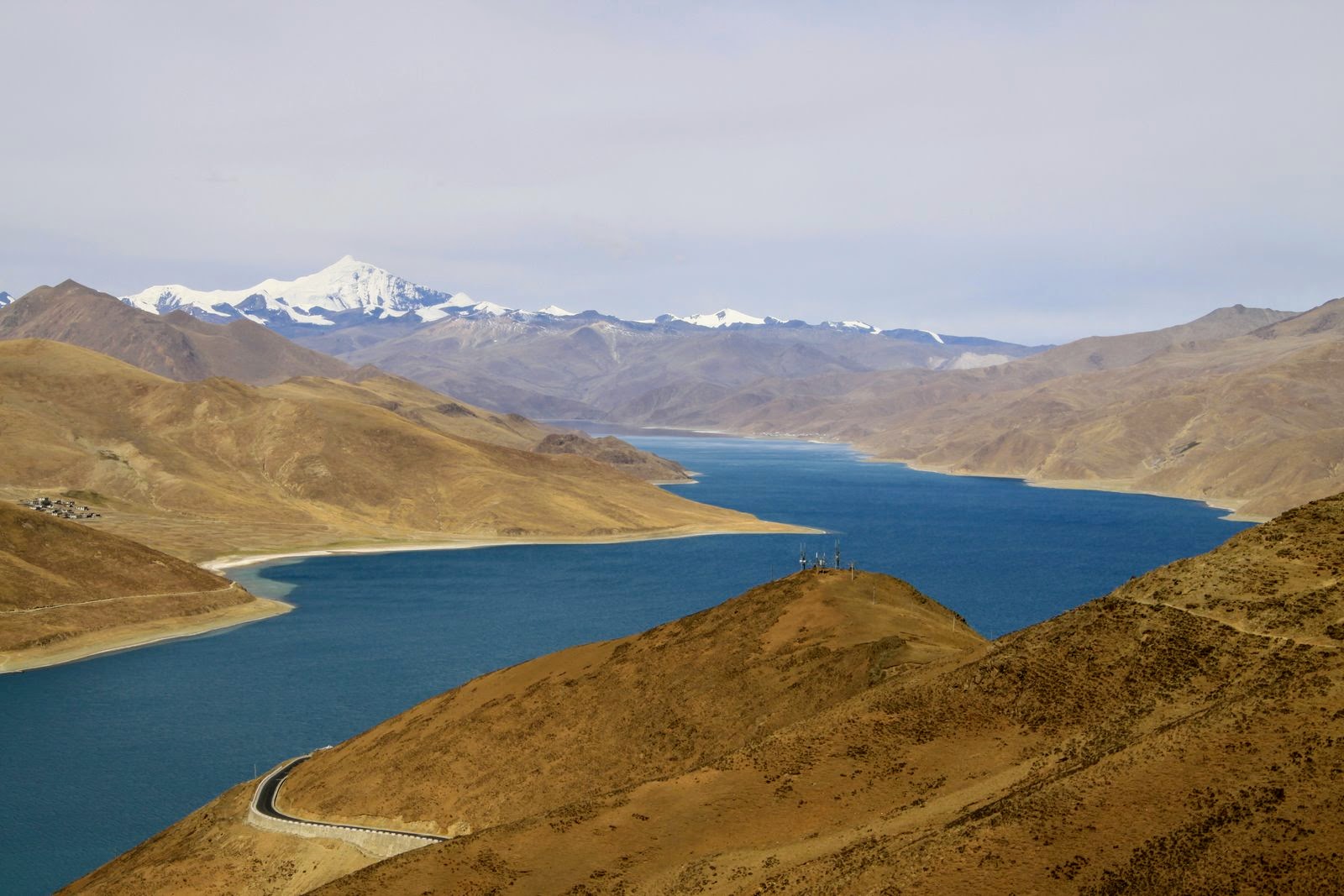 Together with our friends Frank and Mila and a mixed group from Singapore and Indonesia Amy and I spent our „vacation” in Tibet from 27 May to 02 June 2009. A great experience that we probably only make once. Why this adventure? For a long time the “Roof of the World” was one of my dream destinations. Unfortunately, I did not know that this would be less a vacation, but rather an adventure with some quite tough encounters.